This post will be one that’s pretty special from me as I am originally from the state of Indiana, as for thirteen years of my life, I lived in a pretty haunted house (check out my post, ‘Personal Ghost Experiences‘ to read some of the many stories of that house.) Below are a handful of haunted places in Indiana. Enjoy!

Built in 1867, the Culbertson Mansion is currently open to public tours and visitors who claim to see a ghostly figure in the building. They say it’s the ghost of the owner’s second wife who came back to protect her children from his third wife. The carriage barn was converted to a haunted house for Halloween, emphasizing the lore of ghosts in the building.

This town is home to several locations and ghost sightings from locals. Sitting in the town circle is Angola Theatre. Moviegoers often hear the uneasy disembodied cries of a man in the back during movies but as expected, they don’t see him when they turn around. Another ghost sighting is that of a man with a long red beard who stands on the roof of the Theatre at midnight as he paces back and forth crying, “Marie, come back to me, please.”

Constructed across the White Lick Creek in the 1850s, this bridge was the site of some tragic, disturbing events. During construction, as they were pouring cement into large, narrow vats, a platform collapsed and fell on a fellow worker, knocking him into the liquid cement. Unfortunately, he couldn’t be saved and they decided to continue work rather than try to find a way to save him. While finishing construction on the bridge, and for years onward, claims of hearing knocks and screams from inside the pylon were reported. After the bridge was torn down, many claimed to see the apparition of a man wondering the train tracks. Since then, the bridge was rebuilt. Other activity includes hearing moaning from two or three discontented ghosts. Another story is of a mother and her infant. After experiencing a traumatic event, she took her baby in her arms and jumped from the bridge, though while she survived, her child did not and she passed away within a few weeks from grief and a broken heart. There have been reports of the deceased woman screaming and crying for her baby.

One of the most famous Indiana ghost stories is that of Diana of the Dunes. This legend is about a young woman who was often spotted swimming naked by fisherman around Lake Michigan. Not knowing who it was, they named her Dianne because of how beautiful they thought she was. Her real name was Alice Mable Gray and belonged to a wealthy Chicago family. She came to live on the dunes after she began to lose her eyesight then later got married to a man named Paul Wilson who turned out to be very abusive. She died soon after giving birth to their second child by poisoning. It is said that her spirit remains at the dunes for maybe she’s attempting to relive the happier times. People often spot a ghostly naked woman running along the beach then vanishing into the lake. The legend was then deemed Diana of the Dunes And is commemorated in an annual pageant and festival.

Former governor James Whitcomb left his library to what is now DePauw University, requested in his will when he died in 1852. He was an active reader and possessed a large collection of books he obtained over his lifetime as he kept almost every book he eve read. Throughout the years his library has been used for the public and many claim to have seen the ghost of James protecting his books. One specific occasion was told from a boy who had borrowed The Poems of Ossian from Whitcomb’s library. When night came, his ghost appeared in his room yelling, “Ossian! Who stole the Ossian” so the next day, the boy returned the book and told his experience. Now the collage of rare books are protected, though there are occasional sighting still of James Whitcomb.

Thank you for reading and if you liked this post, consider subscribing to keep up with the latest paranormal posts!

Disclaimer: The information above is a combination of prior knowledge and research. No works were plagiarized, only referenced as a source of information. While anyone is welcome to comment, I attempt to make this a positive and friendly community where we can share our experiences. Any derogatory or negative comment(s) will be deleted. As always, reader discretion is advised.

View all posts by CeCe Thomas 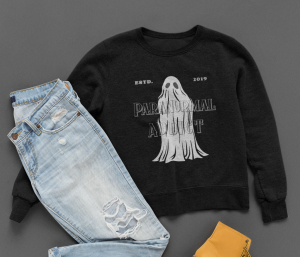